Who Speaks? Artificial Intelligence, Language, and Democracy was a semester-long educational programme which took place in 2020 in partnership with the Analysis and Research Department (DAO) of the Dutch Parliament that investigated artificial intelligence and its influences on democracy by means of language. The project collaboration was initiated by the Non Linear Narrative Master’s programme of the Royal Academy of Art, The Hague, Goldsmiths (University of London) and Camberwell College of Arts (CCW / University of the Arts London). It tackled major issues including politics as a rhetorical gesture, law as an act of speech and aesthetics as a language of imagination.

Starting with the Dutch Constitution, students explored amongst others the evolution of freedom of speech, the ethics of the Dutch digital fraud prevention system SyRI, the implications of speech recognition software, the effects of artificial intelligence on employment and the dissemination parliamentary information. The collaboration has led to the launch of an online exhibition and printed publication. 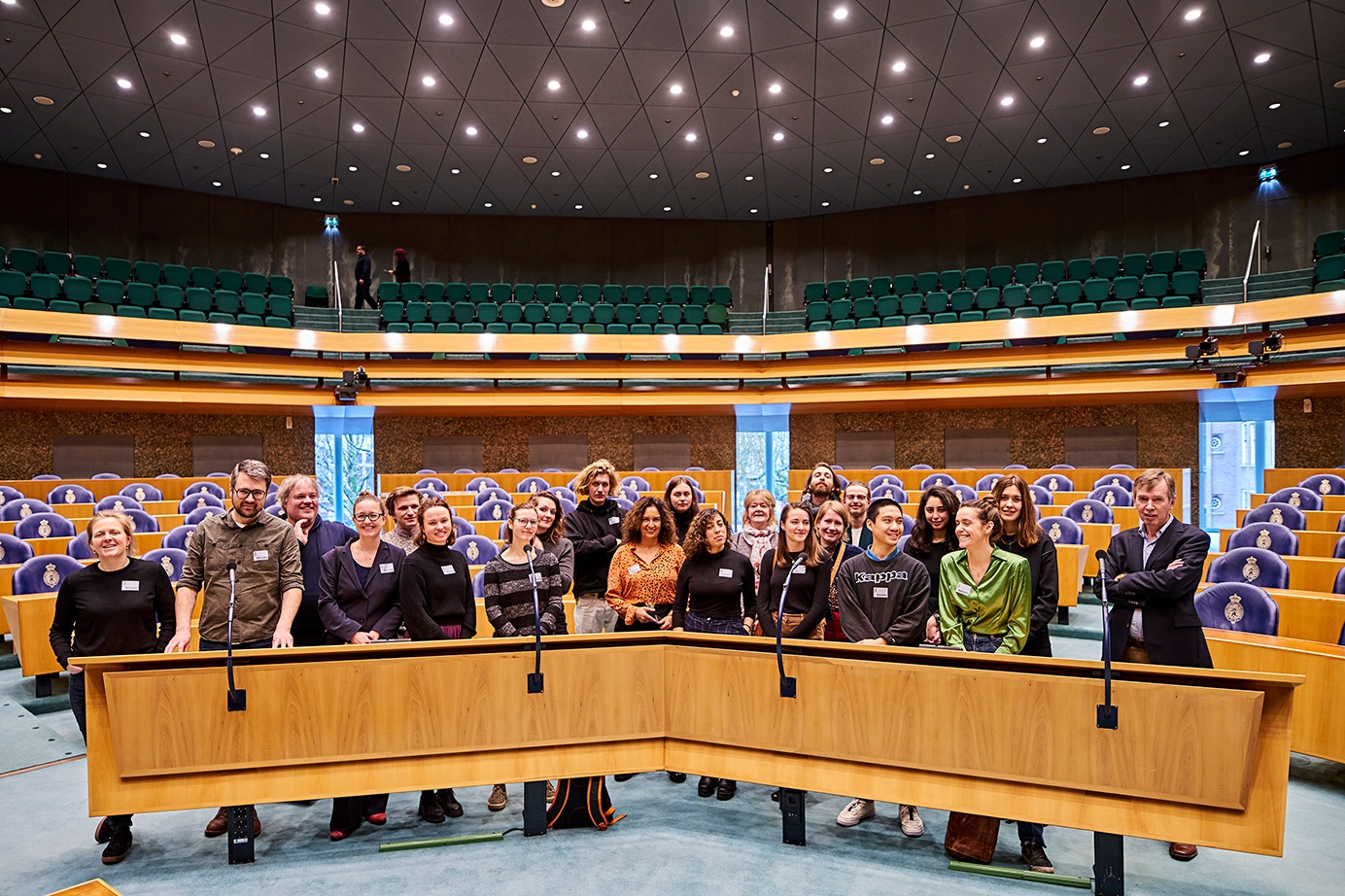 Who Speaks? project kickoff at the Dutch House of Representatives. – Photos by Boel Backaert 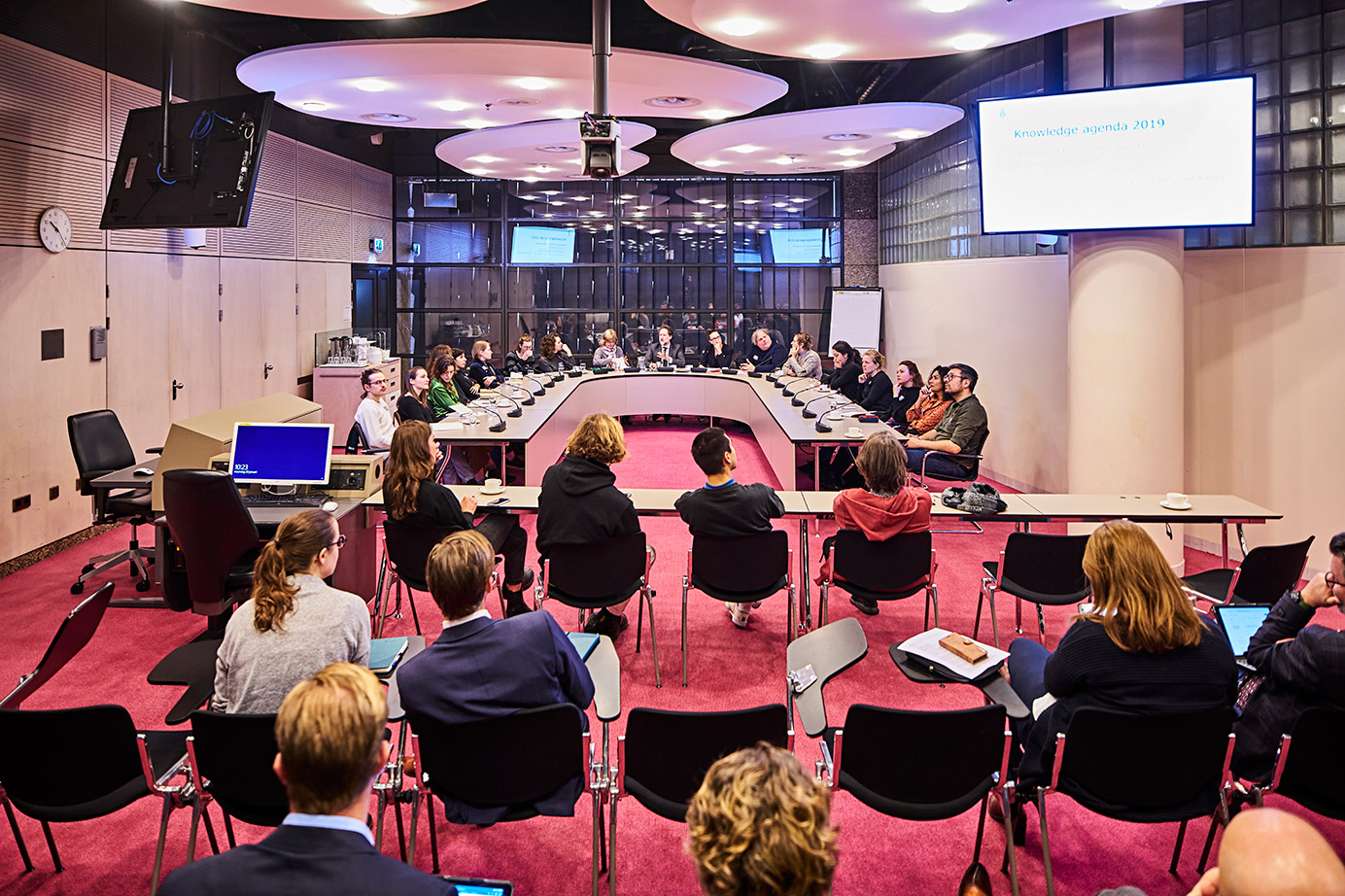 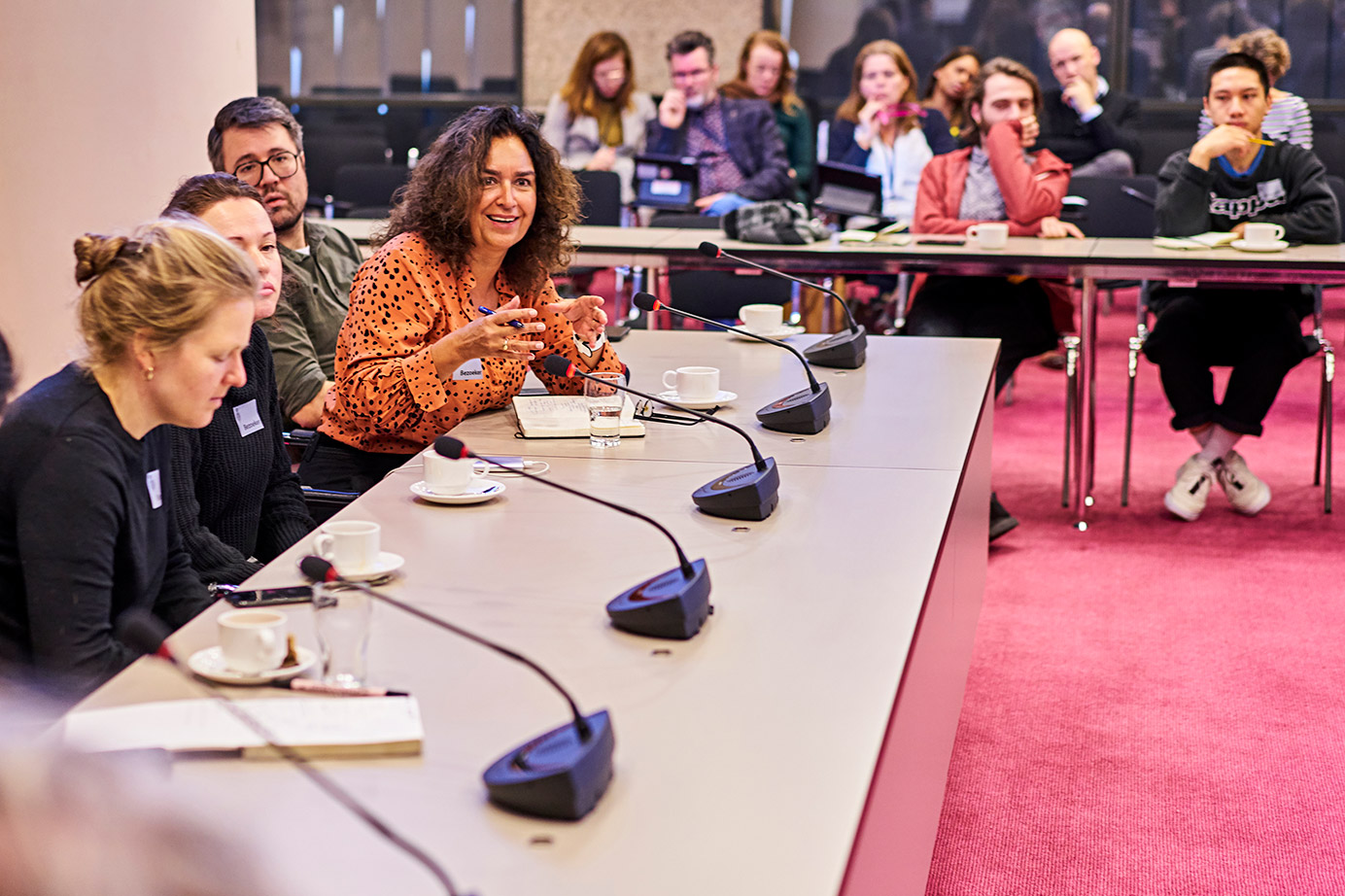 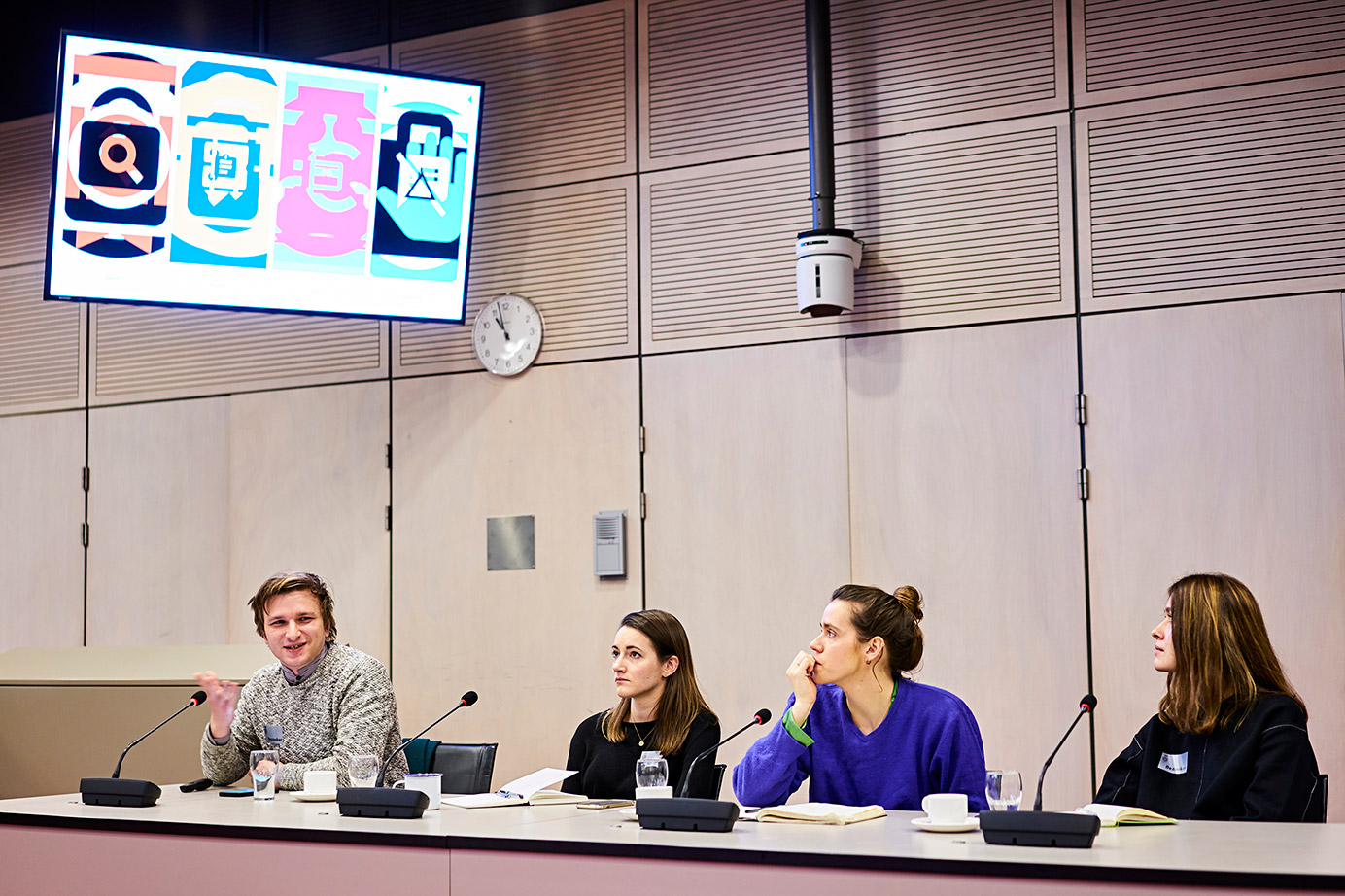 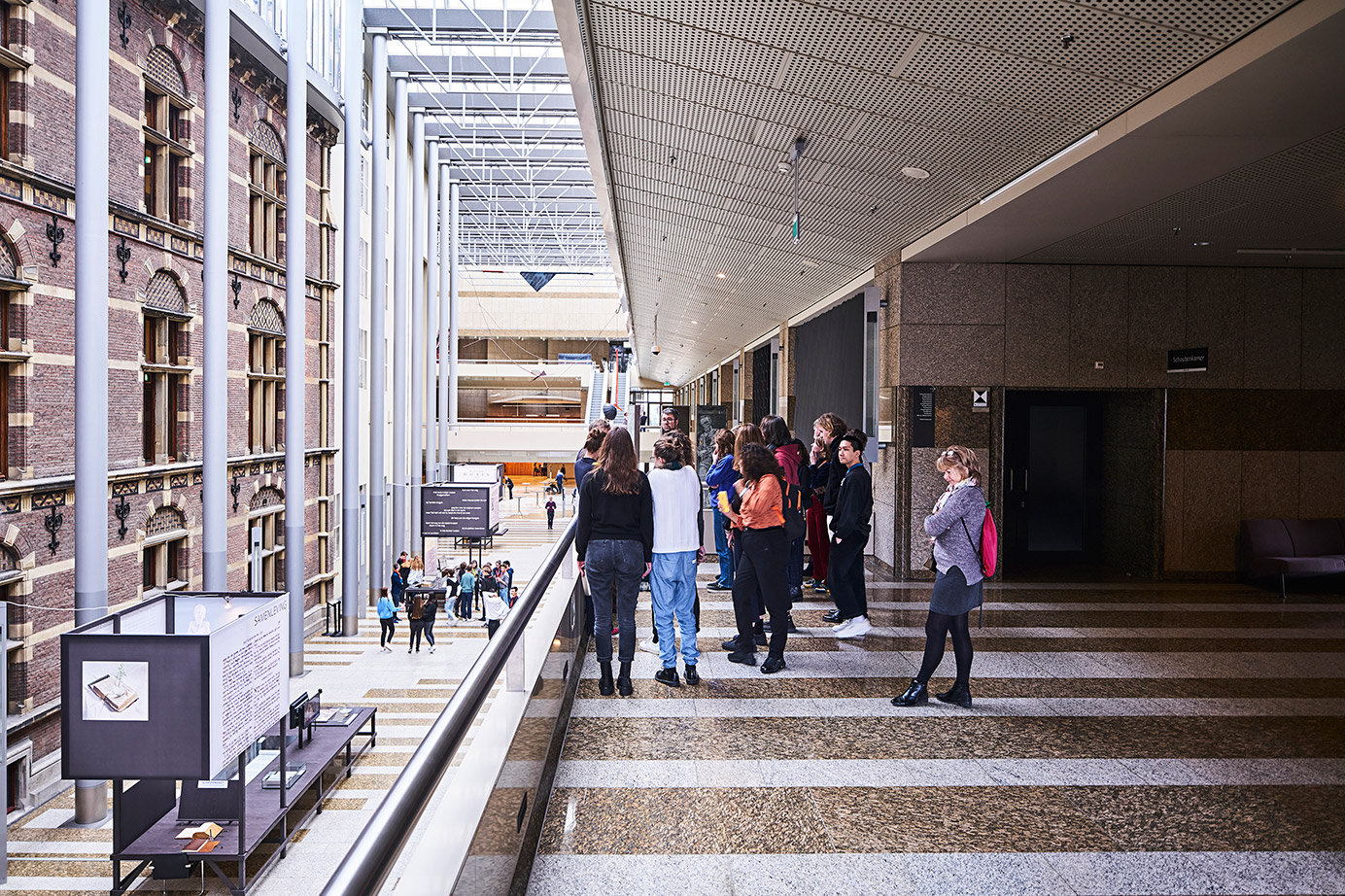 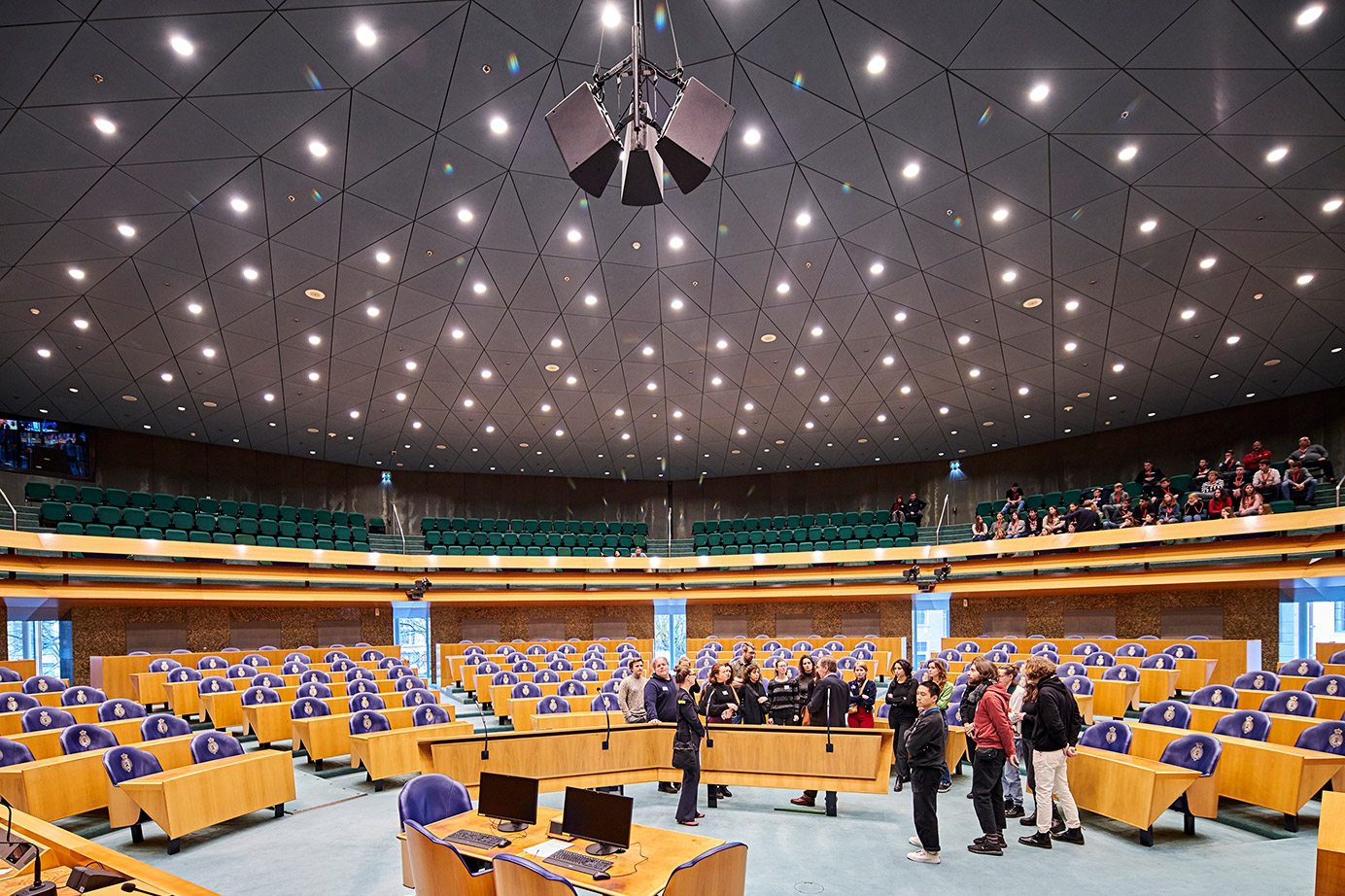 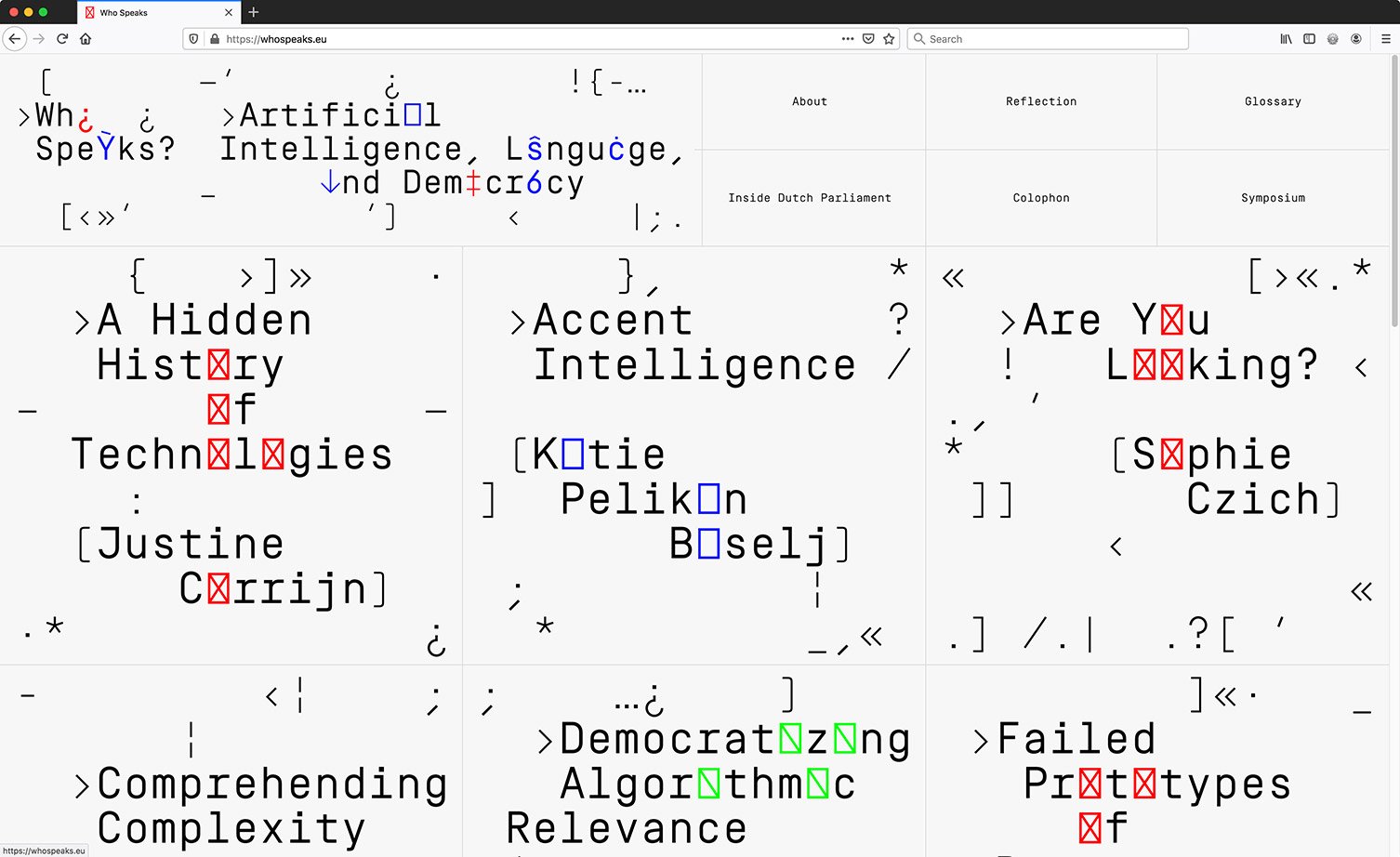 Screenshots from the online student exhibition. 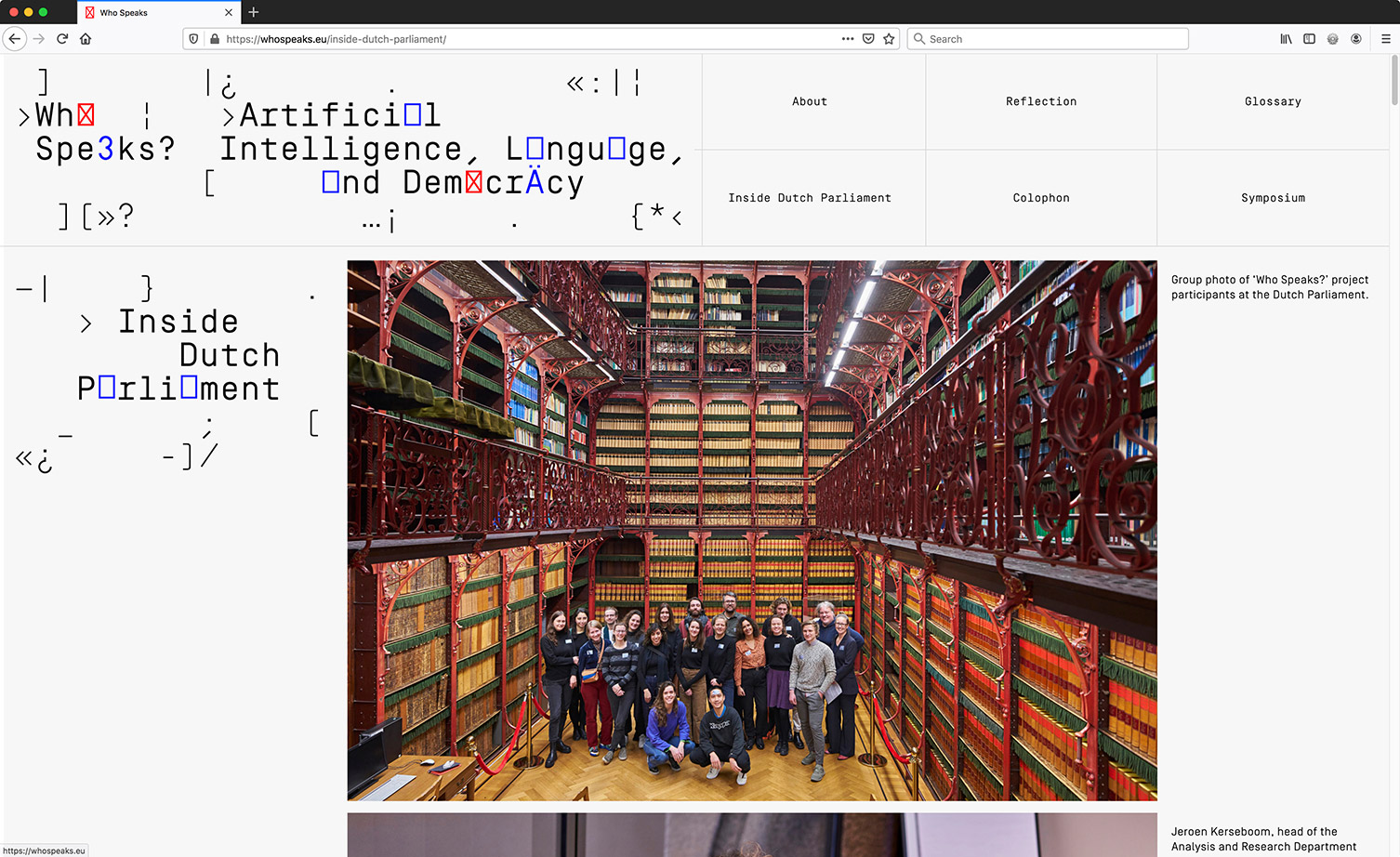 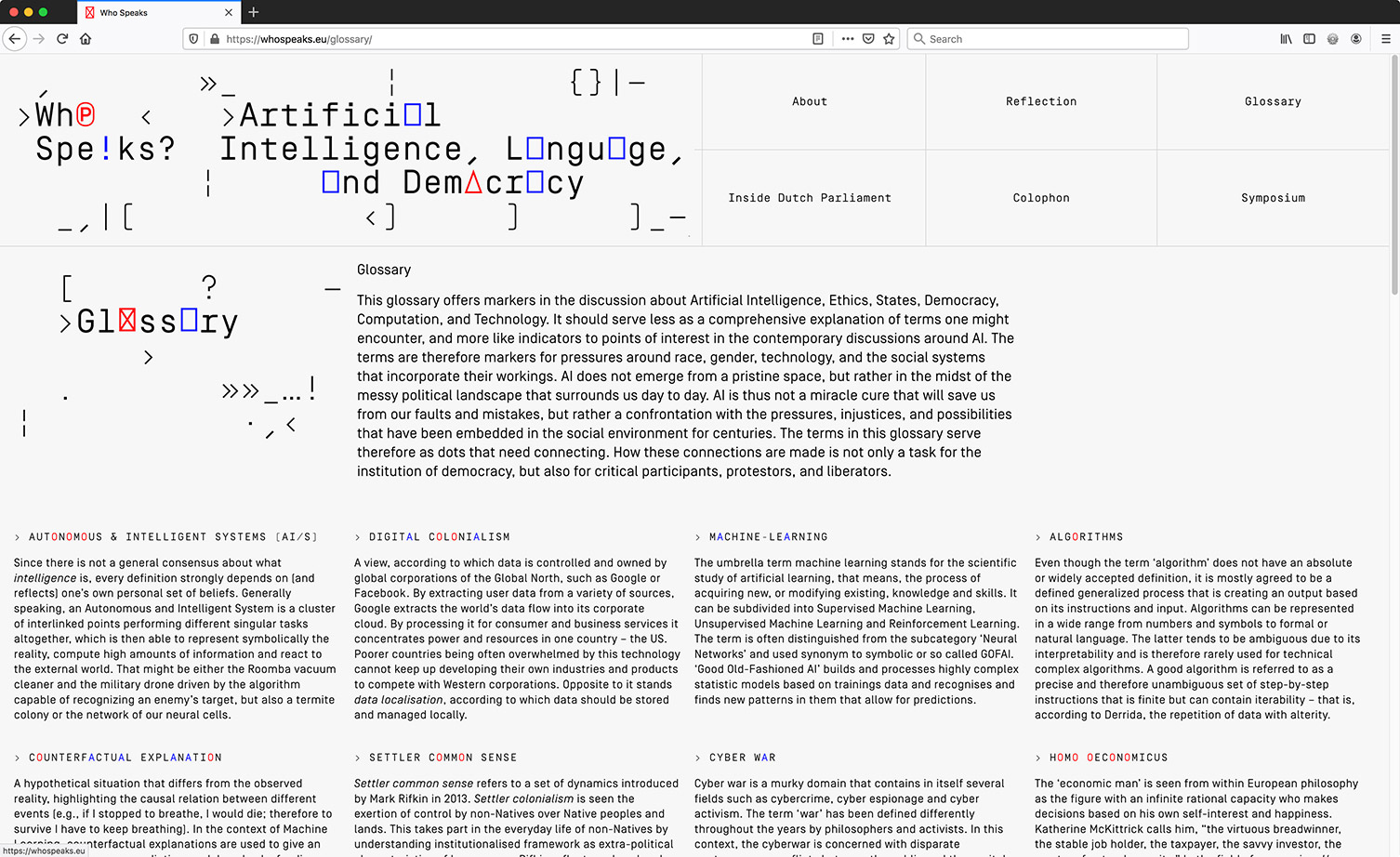 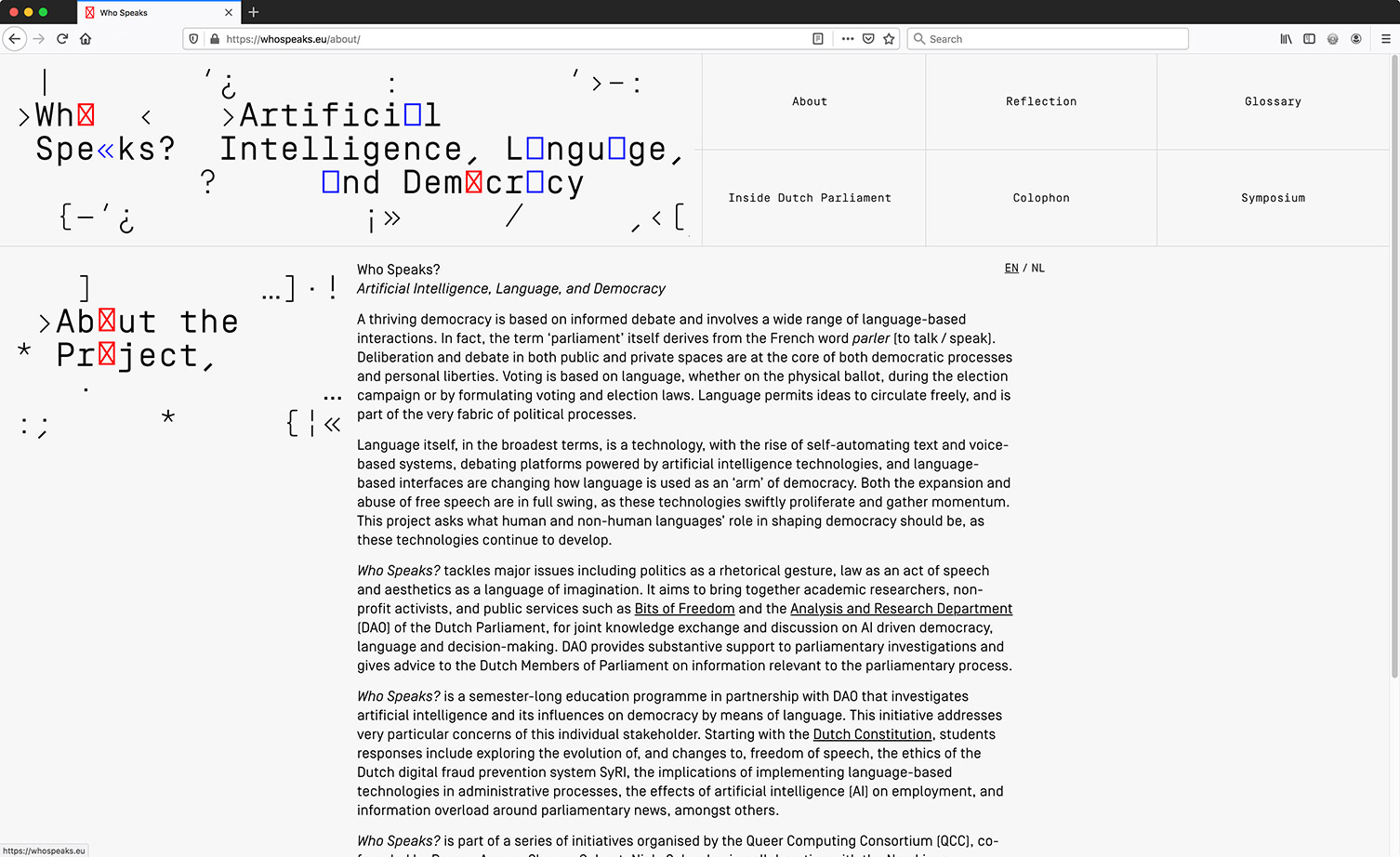