Cultural Activism Today. The Art of Over-Identification is a provocative intervention in the current debate where the effectivity of non-radical artistic statements is being considered. Released by Episode Publishers and launched on November 3rd 2007 at Witte de With in Rotterdam, Cultural Activism Today includes essays viscerally addressing performance, activism and contemporary pieces of art and and refers to works by Santiago Sierra, Christoph Schlingensief, Jens Haaning, Irwin, Laibach, Martijn Engelbregt, AVL and others.

In questioning the suffocating cultural situation of a self imposed historical trap the book refuses to enter the critical thought process and break its own imprisonment. This volume argues that the key to a way out of the trap of the End of History in contemporary art lies in a simple strategy of over-identification without having to engage in the pseudo histrionics of Francis Fukuyama and the likes.

Cultural Activism Today is based on a symposium held at the Stedelijk Museum CS Amsterdam on January 18th 2006. The book contains generic text matter that fuses the characteristics of written word with acoustic attributes like creating visual sound waves through the font sizes that are based on the sine wave function. Printed text, increases according to relevancy here, given the context, it is intrinsically connected to hybrid text. 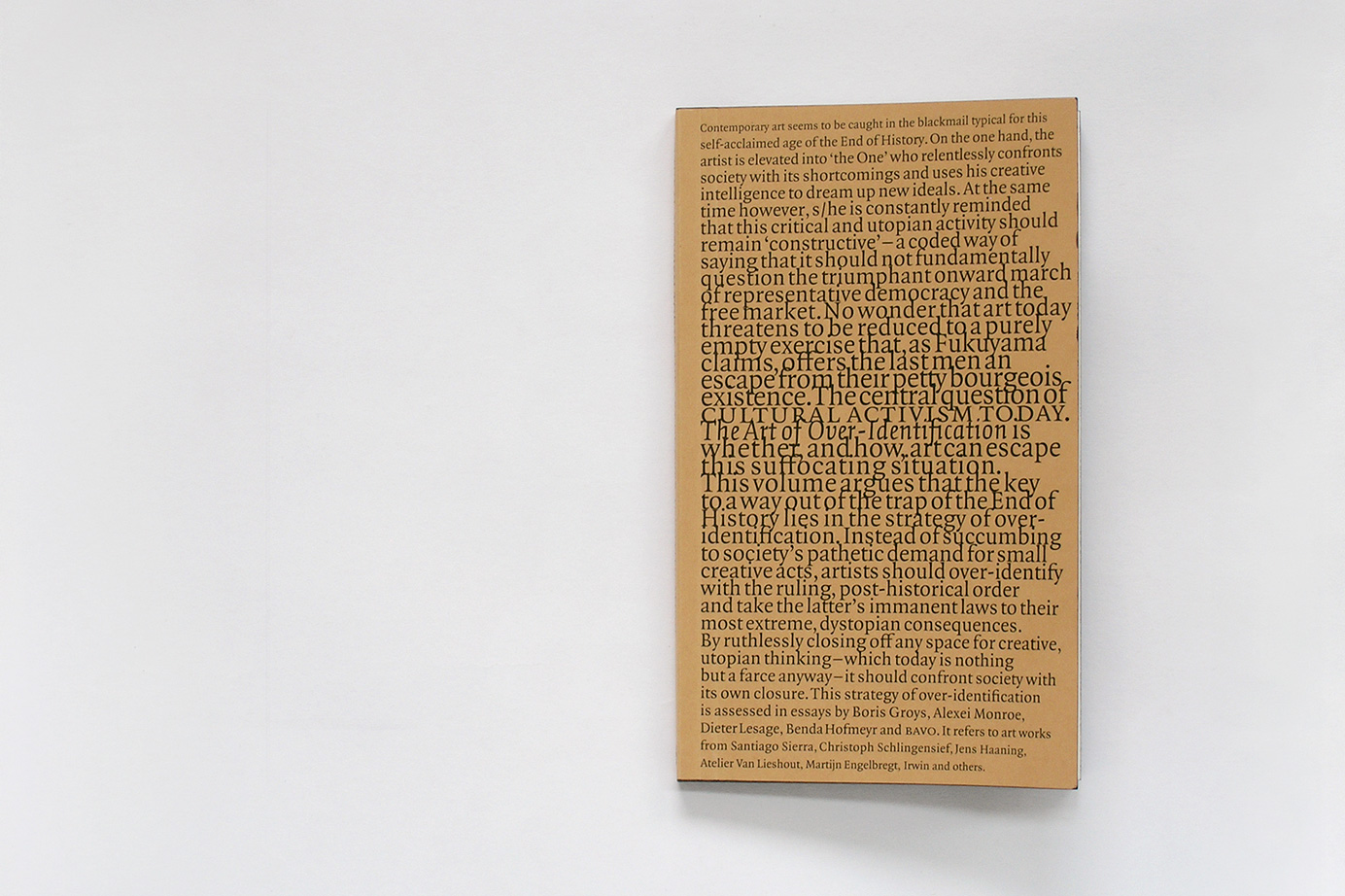 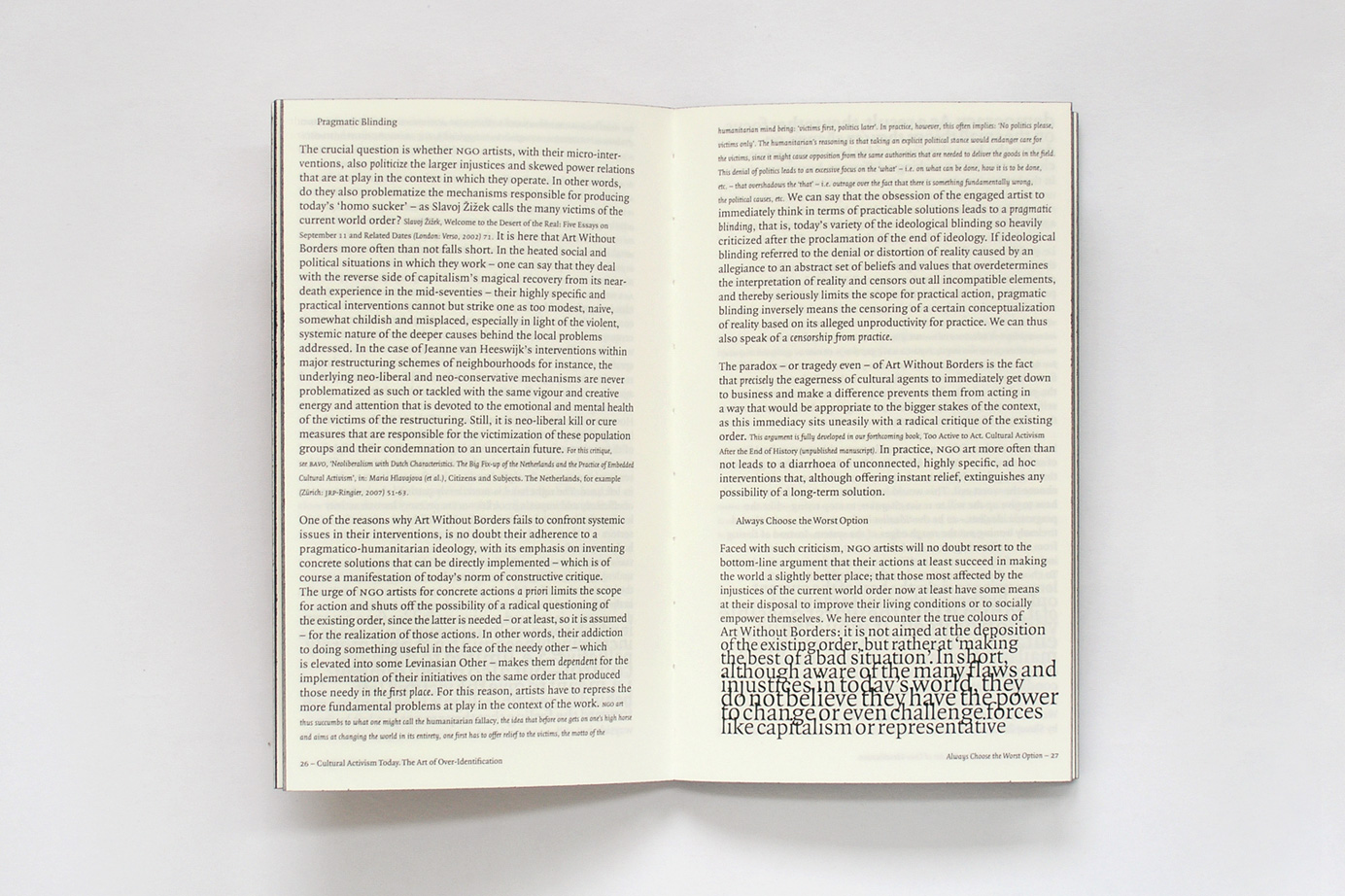 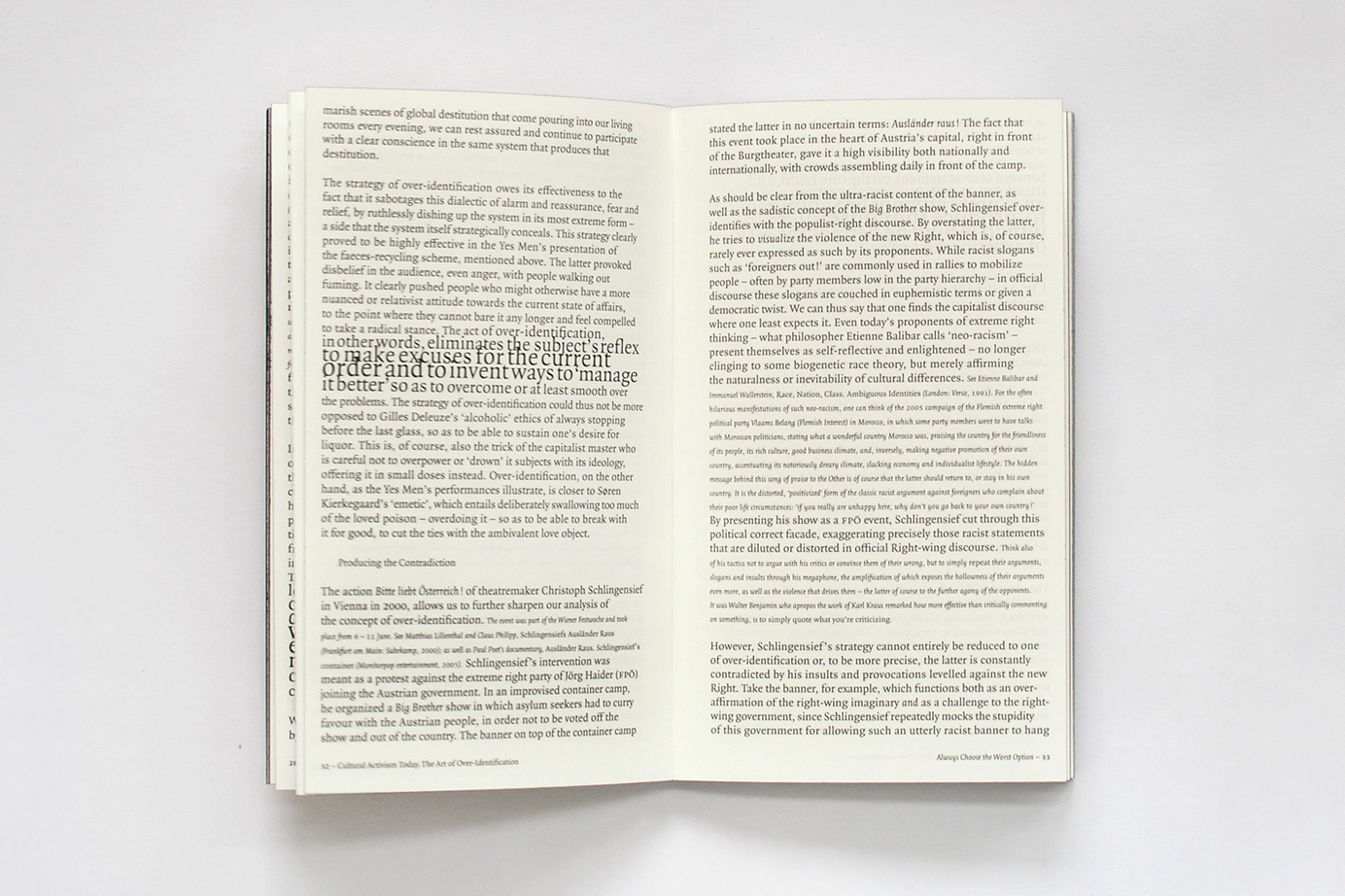 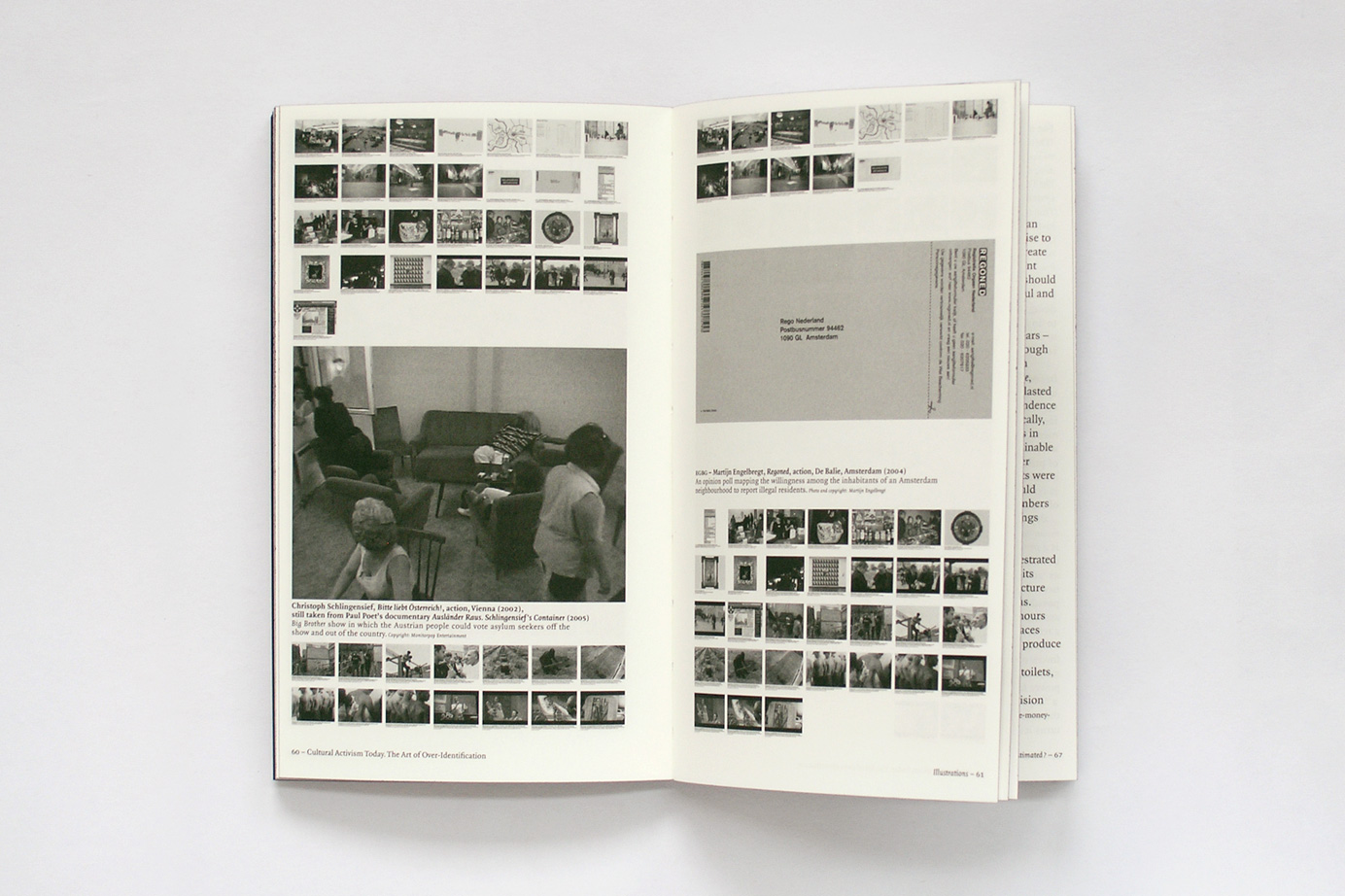 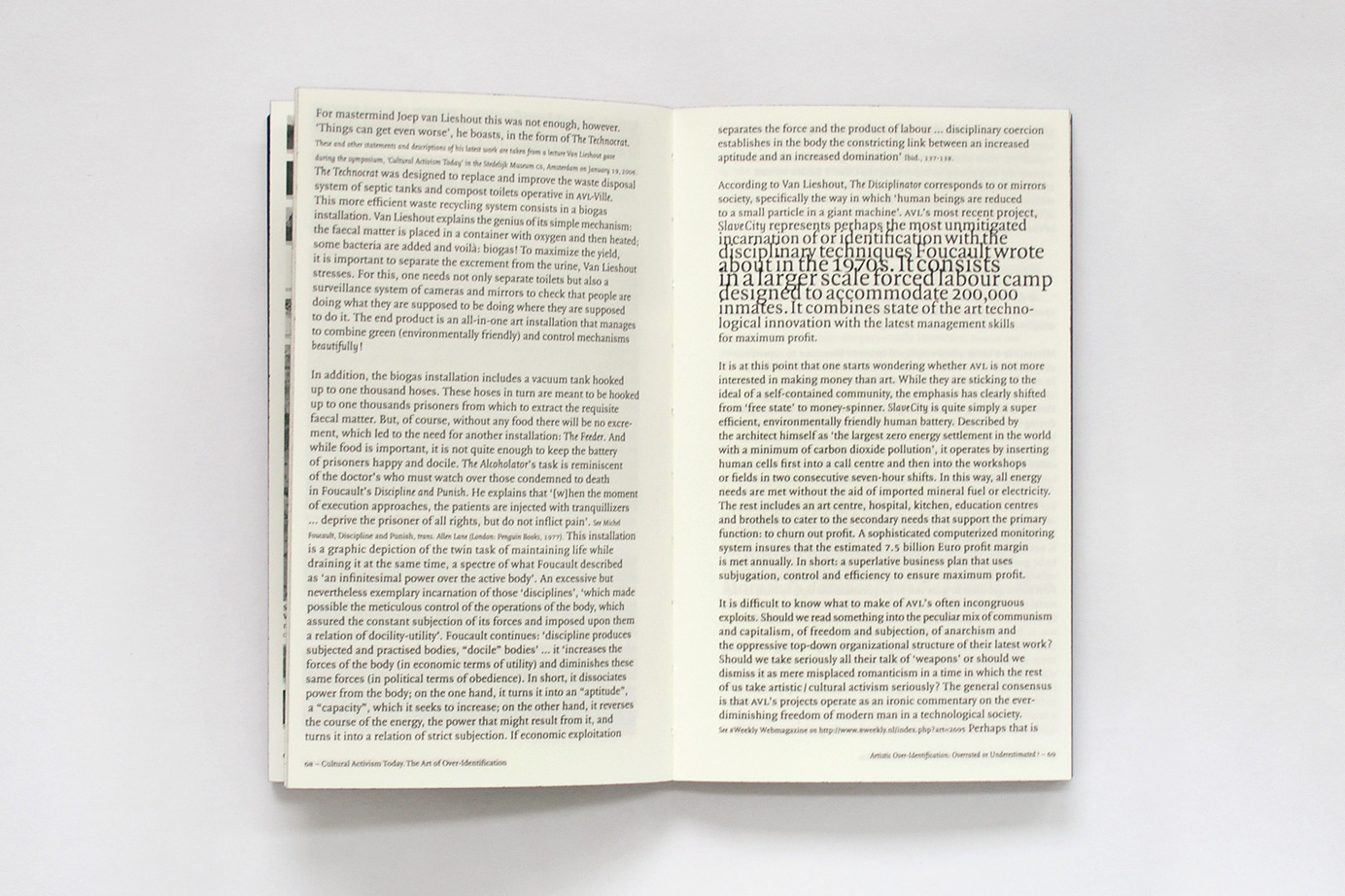 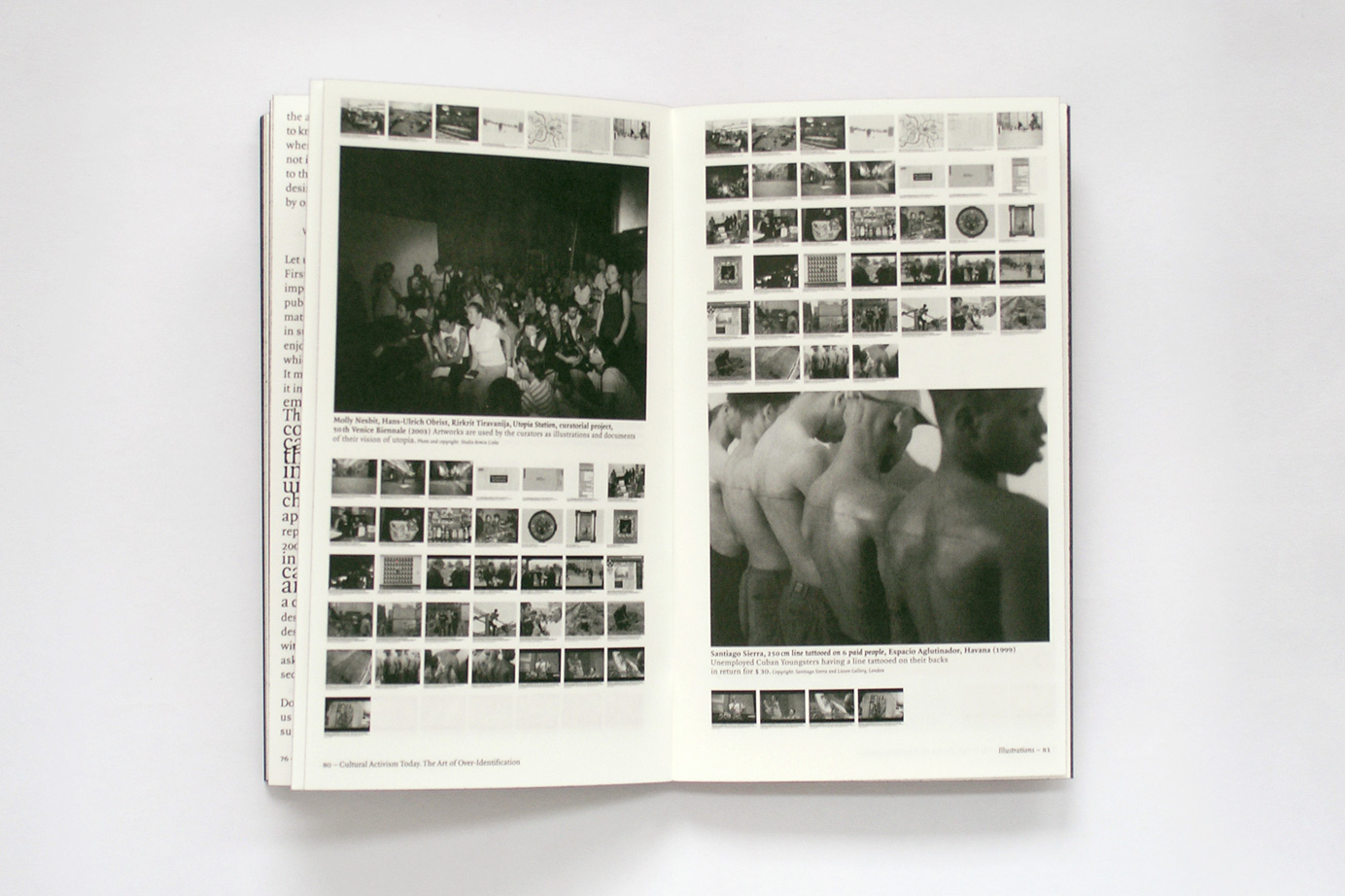 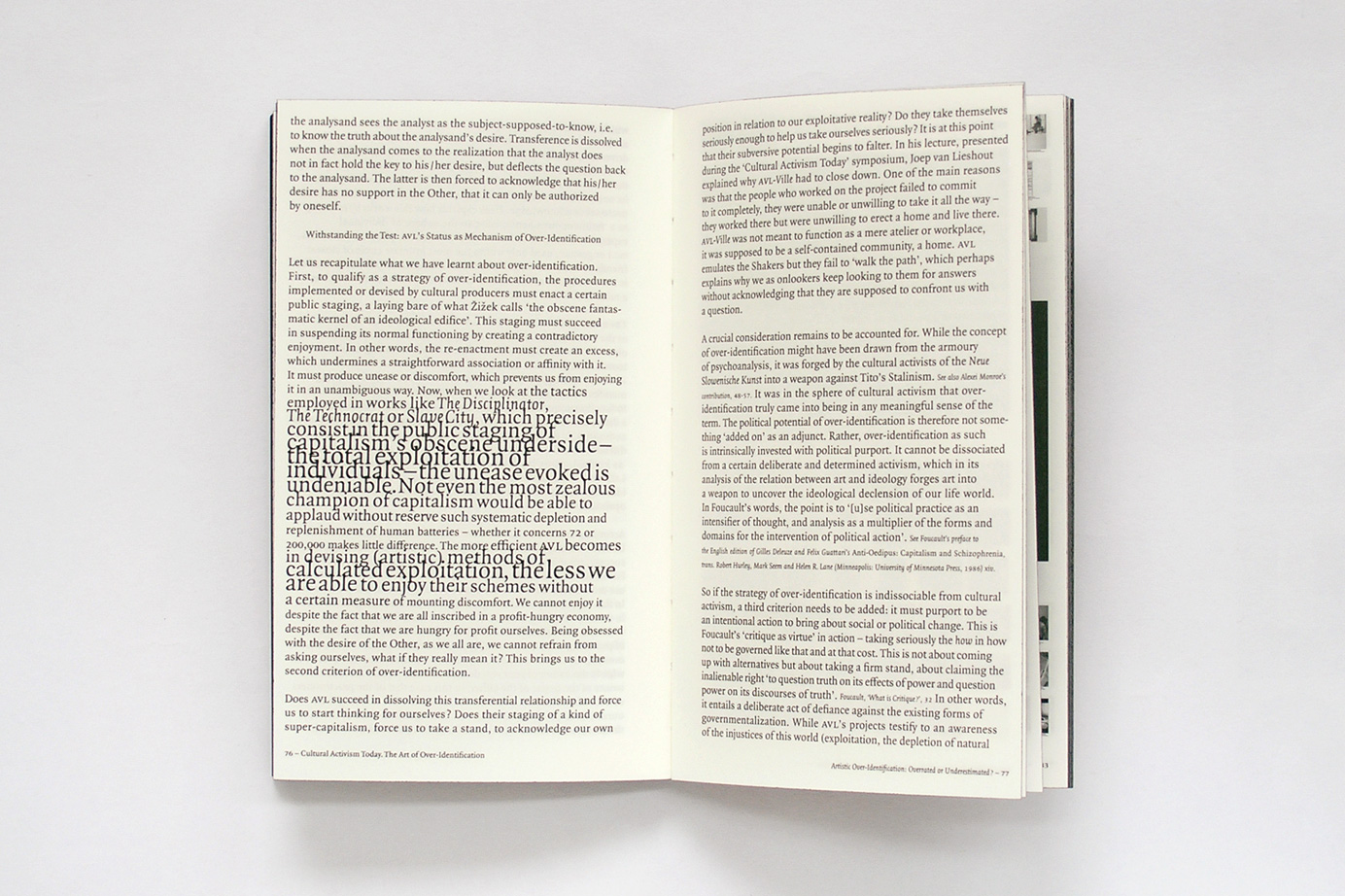